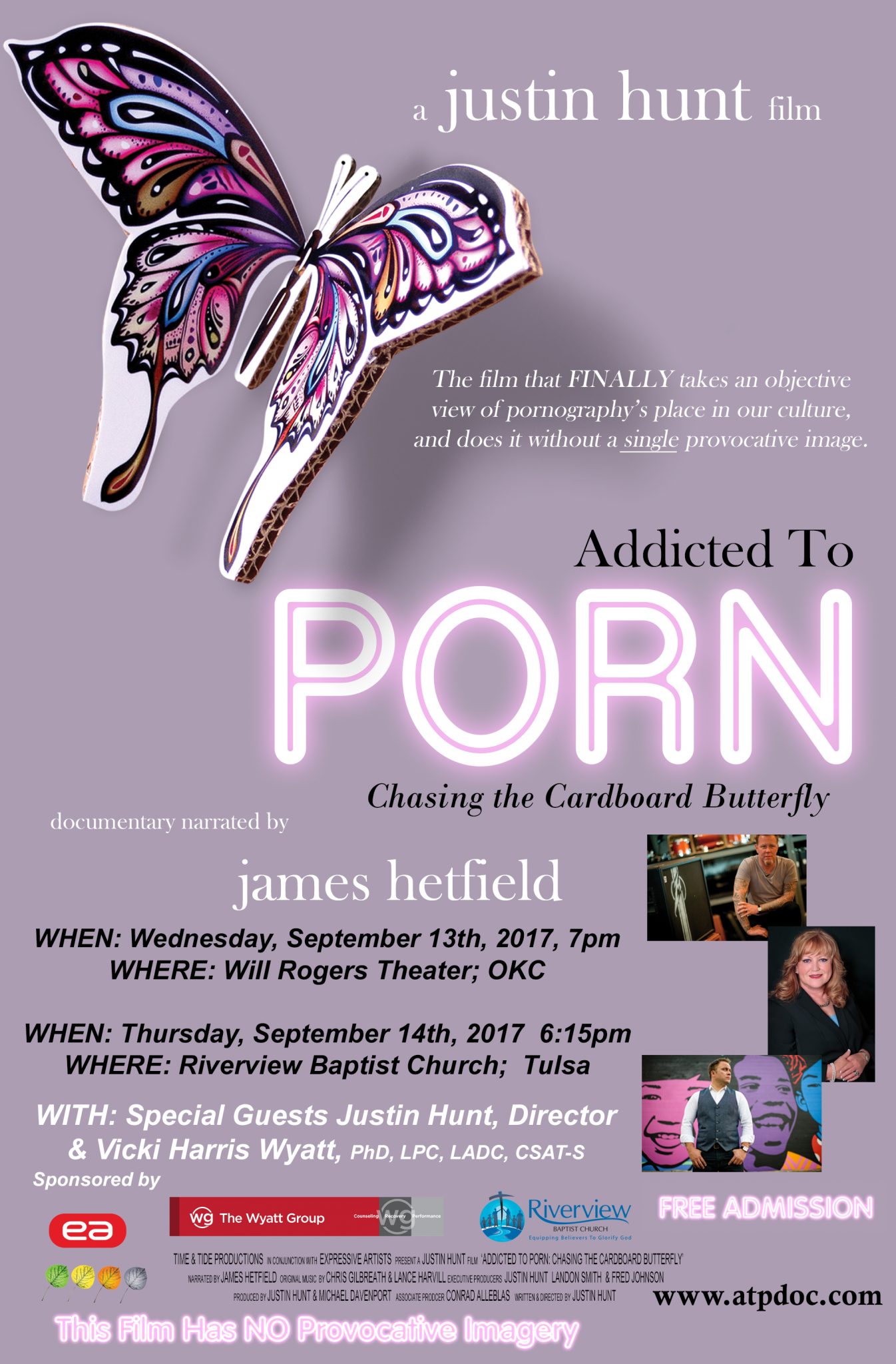 A new documentary, narrated by the Metallica front man and directed by critically acclaimed filmmaker Justin Hunt, will be making its Oklahoma Premiere at 7 pm Wednesday, September 13th, 2017 at Oklahoma City’s Will Rogers Theater located at 4322 N. Western Ave., OKC, followed by a screening at 6:15 pm Thursday, September 14th in the Tulsa area at Riverview Baptist Church located at 13201 S. Memorial Dr., Bixby.

The film, released April 18th of this year, was a Top 20 film on iTunes in over 20 nations around the world and is now available in over 70 counties in five languages. This is the second time Hunt and Hetfield have teamed up, after Justin’s award-winning documentary Absent (2011), which shed light on the issue of fatherlessness and featured Hetfield’s relationship with his father.

The screenings are being co-sponsored by Dr. Vicki Harris Wyatt and The Wyatt Group, a counseling center based in Oklahoma City, and Tulsa’s Riverview Baptist Church.

For interview requests with Justin, or to book him on one of your programs, call 505.330.4756 or email info@atpdoc.com

Sorry, the comment form is closed at this time.